Street and Sand toys was born “Luis’ Foreign Cars”, named after its namesake and original founder and owner, in the late 1960’s. Originally a foreign car store that specialized in air-cooled Volkswagens, sand rails and dune buggies; the succeeding owners, Roan and Joan Baker sought to expand the store after buying it in 1971, and went on to further specialize in their craft by selling parts for the various Volkswagen cars they sold. But this wasn’t the only change the store underwent, the most drastic being the name change, from “Luis’ Foreign Cars” to the quirky and catchy, “Street and Sand Toys”.

The Bakers wanted to commemorate the ever-popular buggies and sand rails, which they often referred to as “life-sized play things for adults”. As one of the only stores of its kind, “Street and Sand Toys” found great success and built a strong customer base in German and luxury automobile enthusiasts alike. The family-owned-and-run business, with its German roots, was undisputedly an embodiment of the Bakers’ own American dream, which they spent the next 45 years building on. However, in the summer of 2016 Baker, on the verge of retirement, decided that it was time to finally close the doors and walk away. It was the end of “Street and Sand Toys”, but VW enthusiast and loyal customer Michael Asres didn’t know it yet. After unsuccessfully calling the store several times, he decides to make a trip in person, and arrives just as Baker was locking up the front door; whether it was a pure coincidence, luck, fate, or God, Asres couldn’t shake off the feeling that it was meant to be.

Driving back home with a heavy heart and a trunk full of parts he did not need, Asres thought about what the store meant to him. Street and Sand Toys was among the last of its kind, and had over the years become an integral part of the Fort Lauderdale community, and a symbol of family that brought together car enthusiasts and their loved ones from far and wide, be it through the endless BBQ’s, car shows and various events, or their common love for the European brand. After talking extensively with his wife Selam that night, Asres came to realize the extent of the importance of the store to specialty and VW car enthusiasts like himself, as well as what it meant to the entirety of his community, and decided that he couldn’t just walk away. That summer, the Asres’ became the new owners of Street and Sand Toys. Fueled by his passion for classic cars, Asres’ visionary creativity and his background in business entrepreneurship combined with the expansion and revamping of the store made it into what it is today: the modern and innovative store that is beautifully juxtaposed by its unique “corner-store” essence that remains central to Street and Sand Toys over 55 years since its opening. 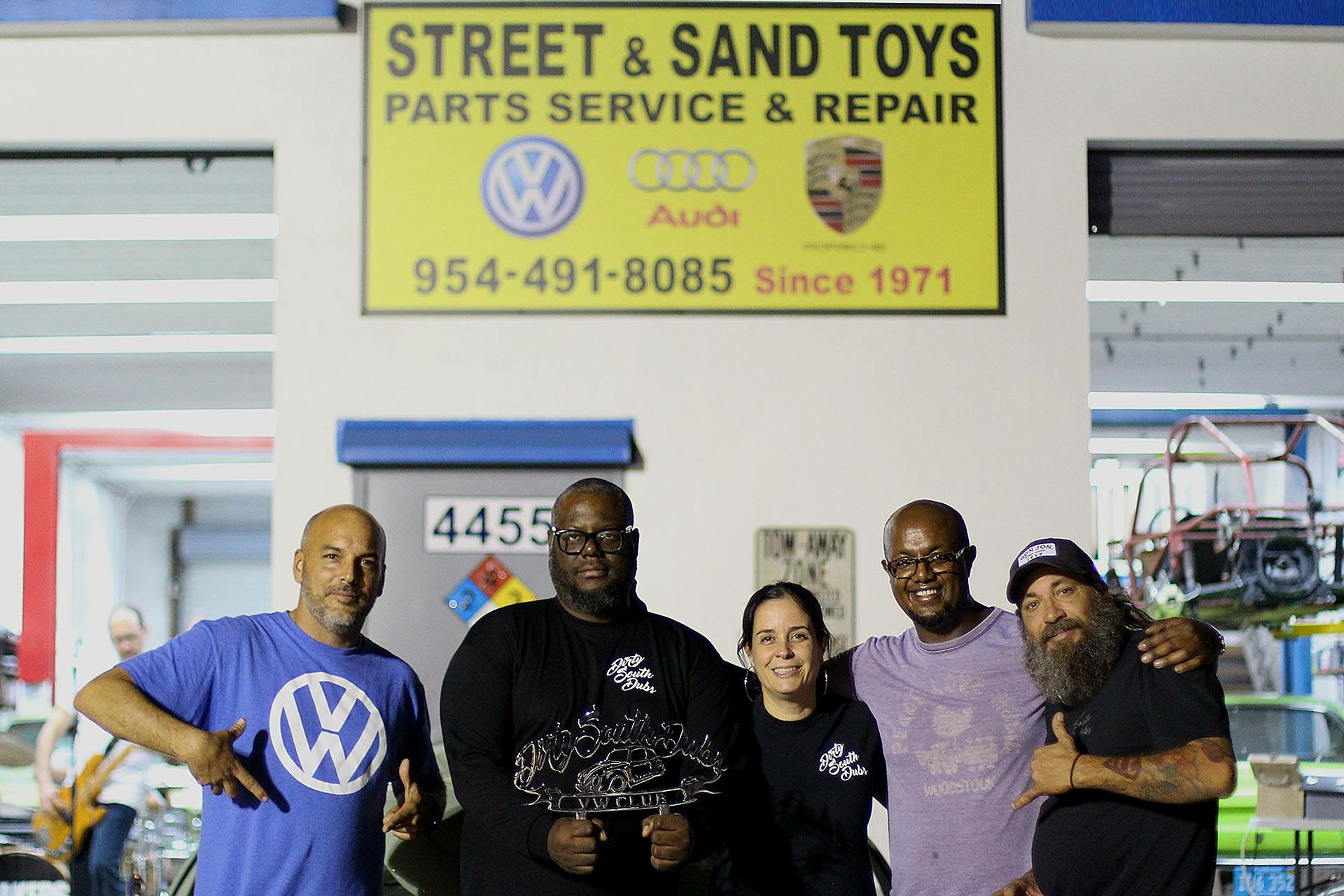 Our show room is a hub for Volkswagen affectionado's, come visit